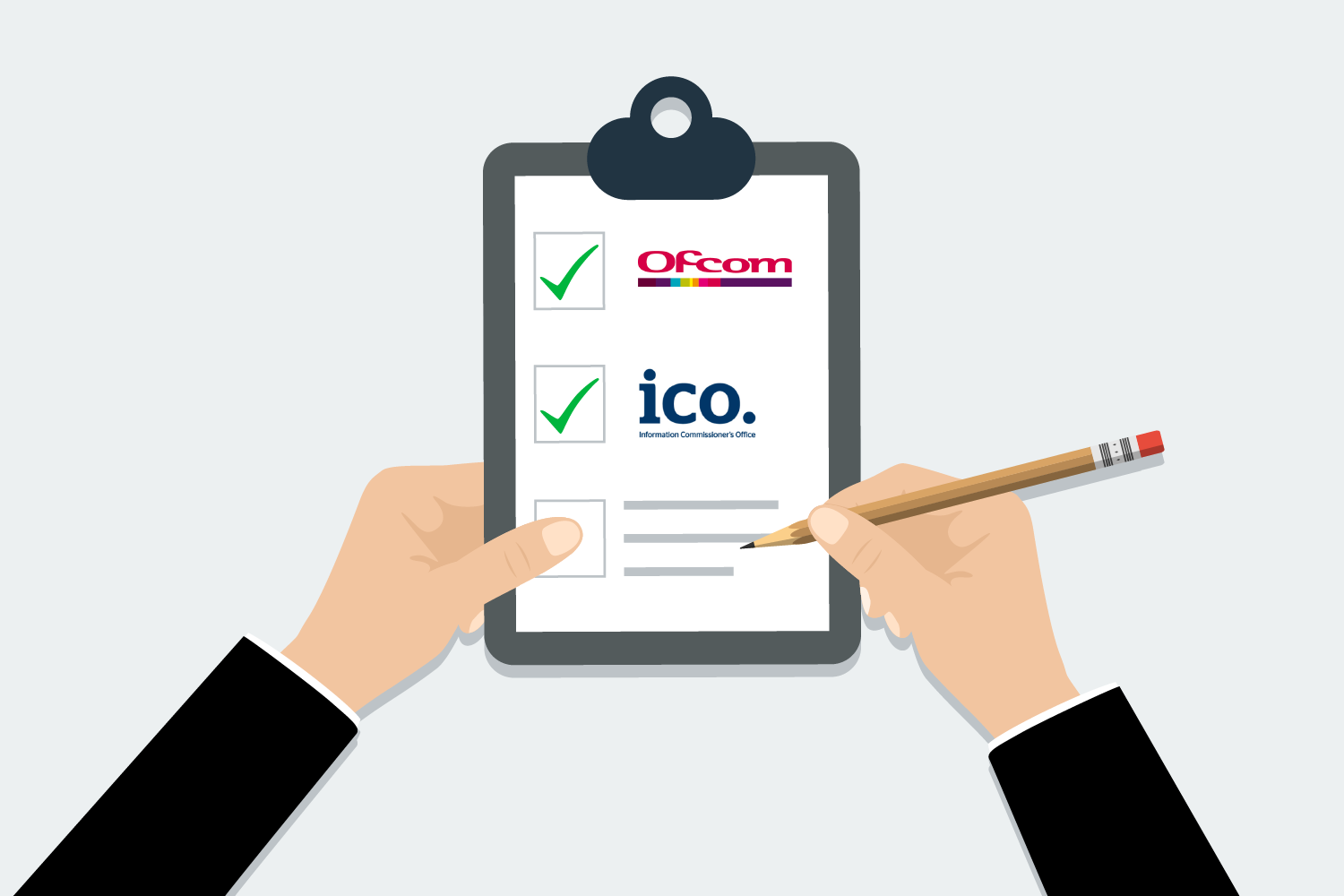 Your chosen cloud predictive dialler must allow you the ability to select, adjust, maintain and automatically manage target abandon rates, to be compliant with the new Ofcom & ICO guidelines

Effective from 1st March 2017, Ofcom’s revised statement on Persistent Misuse comes into force. Contact Centres have only a matter of weeks to put new compliance measures in place to ensure their technology, staff and processes meet the standards set by the new rules.

The new guidelines are clear; compliance is no longer driven by technology alone.

Ofcom new focus has widened far beyond simply measuring Silent and Abandoned Calls. The new compliance benchmark will be set by a far wider set of rules. A clear test of reasonableness will be applied on a new case by case basis approach, with the level of likely consumer harm and type of misuse involved serving as the new criterion for prioritising cases for action.

Silent and Abandoned Calls were the primary historical compliance measures for most contact centres, with a safe harbour effectively created in most other areas of compliance measurement for those operating within the 3% Abandoned Call level. Not so anymore. Ofcom’s revised guidance is aimed at tackling misuse in the broadest sense, which is aimed at encouraging contact centres to focus on compliance in all areas, not just the obvious Silent and Abandoned which has often traditionally been the case. These areas are even more important when it comes to compliance, however Ofcom have sought to widen the compliance and accountability jigsaw. There are nine distinct areas in total now from which compliance will be judged.

Silent and Abandoned Calls now only constitute a small part of the wider compliance and accountability jigsaw. There are nine distinct areas in total now from which compliance will be judged.

Cases for action will be prioritised based on both “the type of misuse involved”, as well as “the level of likely consumer harm”, however Ofcom have made it clear in that is it their intention ‘to act reasonably and proportionately to focus their new policy on organisations likely to cause most harm to consumers”, suggesting that the enforcement focus remains geared at those recording extreme levels of misuse.

Ofcom have been abundantly clear in one key area; the differentiation between Silent Calls and Abandoned Calls and how both must now be treated.

Whilst focussing contact centres on a new need to select and maintain an abandon rate appropriate to the number of agents employed, there will be a rather different zero-tolerance policy on any Silent Calls that are made, making compliant dialling technology key. It is Ofcom’s stated explicit position that “consumers must not be subject to any Silent Calls, under any circumstances. Action against those who make them will be Ofcom’s highest priority”.

This is the headline shift in the new misuse statement, alongside the introduction of new agent behaviour monitoring and management, whilst CLI management spans into a number of distinct areas of focus. 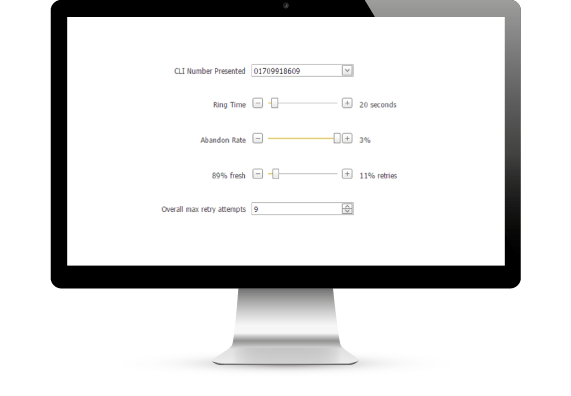 Your chosen cloud predictive dialler must allow you the ability to select, adjust, maintain and automatically manage target abandon rates, to be compliant with the new Ofcom & ICO guidelines.

Ofcom’s zero tolerance on Silent Calls is reflective of the fact that Silent Calls cause the greatest level of consumer harm; the reason for their distinction from Abandoned Calls in the new guidelines.

The message is clear; you must ensure that your dialler does not and cannot make a single Silent Call. They must be eliminated completely, even non-dialler calls, there is absolutely no margin for error.

On Abandoned Calls, your chosen dialler must allow you the ability to select, adjust, maintain and automatically manage target abandon rates on each and every outbound campaign to be compliant with the new guidelines. Most dialler vendors and legacy platforms in the UK have traditionally been unable to thoroughly protect their customers in both areas, Silent and Abandoned.

Outside of the new distinction between Silent and Abandoned Calls, the headline introduction is the threat of potential misuse arising from Agent behaviour alone. Effectively monitoring agent behaviour patterns which might serve to be the biggest challenge of all. This however need not be the case with the correct visibility, control and audit tools that technology can provide.

Closely following the Ofcom changes, new ICO legislation and enforcement powers are coming into force in April 2017 which for the first time will see company Directors tagged with personal liability fines of up to £500,000 each, beyond which could even escalate to custodial sentences. Given that the ICO can also issue fines related to nuisance calling, it makes the call to action now even more of a priority.

What Ofcom have been clear on in their new guidance is exactly how firms can demonstrate best practice and manage prevention of investigation by implementing a number of pro-active mitigation measures.

Outside of the existing FCA conduct guidelines on the control of third party IT suppliers, Ofcom offers very similar advice around technology use and selection;

“It may be relevant for Ofcom to consider the arrangements made to select a third-party supplier. In particular, whether the calling party took reasonable steps to monitor and assess on-going compliance by the third party, beyond accepting assurances”

Ofcom have also been clear to state that risks can be further minimised; “where effective management procedures are in place, adhered to, monitored and regularly reviewed, this will minimise the likelihood of any potential misuse”. Your technology again, alongside the need to demonstrate its management by competent persons, becomes key to evidencing the required compliance in this area, beyond the headline ability to select and maintain appropriate abandon rates.

< Back to all posts